Consult with an expert

Consult with an expert

Learn The Secrets To Make Money Trading - 30+ Years of experience 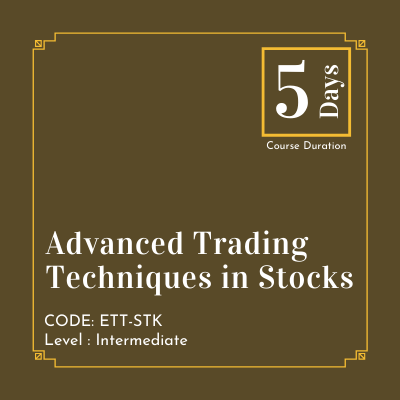 This advanced course takes your stock trading techniques to the next level.

This program is designed for advanced traders. To enroll in this course, a certificate of ETT-ETTFOS is required. Learn More

Stocks: Your Asset in World Industries

Shares of different company stocks are traded at a stock exchange. where investments are priced in real time through active bidding between buyers and sellers. The largest and most prestigious exchange in the world is the New York Stock Exchange, or NYSE. Established more than 200 years ago by 24 New York City stockbrokers and merchants, the NYSE has grown to become the trading centre for shares in some of the world’s most prestigious businesses including Goldman Sachs, Disney, Apple, Coca Cola, Amazon and Tesla.

A stock is a share in the ownership of a company. As a shareholder, you are entitled to a proportion of the company’s profits and have a claim on its assets commensurate with the number of shares you own.

Despite its dominance, the NYSE still only accounts for a fraction of total worldwide investment. Other major exchanges include the NASDAQ, which is home to many tech stocks, while many more are located across the globe in high-profile locations such as London, Tokyo and Hong Kong as well as smaller cities and emerging markets.

There are many benefits to owning stocks. They are easy to trade, deliver quick returns and come with no storage costs or logistical overheads.

This program is designed for advanced traders. To enroll in this course, a certificate of ETT-ETTFOS is required.

Request for a Call Back